We would like to congratulate three of our PhDs in Medieval Studies who have successfully passed their vivas since September:

Supervised by Prof Elizabeth Tyler (English) and Dr Sethina Watson (History), Katharine examined the important place of Francophone culture in the monastery of St Albans from the late 12th to the late 13th century. The dissertation examines works like Beneit’s Life of Becket, the Roman de toute chevalerie and the unpublished Estoire le rei Alixandre.

Brad Kirkland, Now Thrive the Armourers. The Development of the Armourer’s Crafts and the Forging of Fourteenth-Century London

Brad’s research reconstructed the structure and organization of the armourers’ trade in fourteenth-century London. Supervised by Prof Linne Mooney (English) and Prof Sarah Rees Jones (History), Brad explored how armour was manufactured and sold in medieval London, and also looked at the prominence of armourers in the disturbances of 1383 and 1384.

Justin’s dissertation focused on the famous tournament book written by René d’Anjou and lavishly illuminated by Bartholomew d’Eyck. Supervised by Dr Jeanne Nuechterlein (History of Art) and Dr Craig Taylor (History), Justin’s work offers a detailed study of the relationship between word and image in the tournament books of Rene of Anjou, and the broader cultural and political contexts in which they sit. In addition, Justin has prepared the first critical edition of this important text. 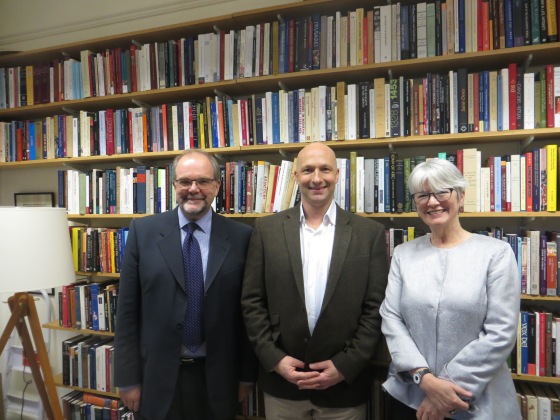