Many traces of the medieval world survive by chance as individual fragments separated from now-lost larger works. Spanning nearly 1000 years, this new exhibition tells their story – one of destruction, survival, and rediscovery to be appreciated and used anew in the 21st century.

This exhibition features fragments of medieval manuscripts generously donated to the Centre for Medieval Studies by Professor Toshiyuki Takamiya in 2014. 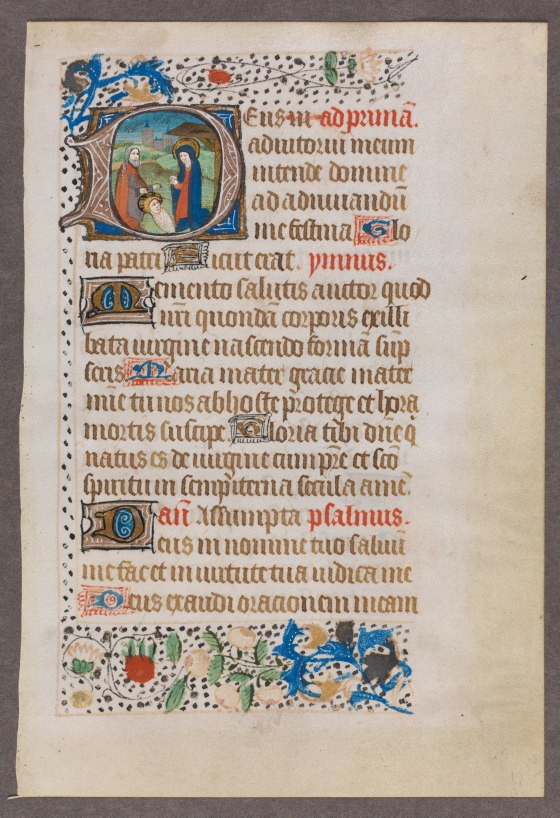 In England in Europe, Elizabeth Tyler focuses on two histories: the Encomium Emmae Reginae, written for Emma the wife of the Æthelred II and Cnut, and The Life of King Edward, written for Edith the wife of Edward the Confessor.

Tyler offers a bold literary and historical analysis of both texts and reveals how the two queens actively engaged in the patronage of history-writing and poetry to exercise their royal authority. Tyler’s innovative combination of attention to intertextuality and regard for social networks emphasizes the role of women at the centre of Anglo-Saxon and Anglo-Norman court literature. In doing so, she argues that both Emma and Edith’s negotiation of conquests and factionalism created powerful models of queenly patronage that were subsequently adopted by individuals such as Queen Margaret of Scotland, Countess Adela of Blois, Queen Edith/Matilda, and Queen Adeliza. England in Europe sheds new lighton the connections between English, French, and Flemish history-writing and poetry and illustrates the key role Anglo-Saxon literary culture played in European literature long after 1066.

Old Norse has been brought back to life by researchers at the University of York through the voices of new animatronic Viking characters at the world-famous JORVIK Viking Centre.

The characters, which are voiced by Masters and PhD students at the University’s Centre for Medieval Studies and Department of English and Related Literature, form part of the revamped JORVIK Viking Centre, which opens its doors for the first time in 16 months following substantial damage to the attraction as a result of the 2015 floods.

The animatronic characters within JORVIK help tell the stories of what life was like in the year AD960 and are based on over 30 years of archaeological research by York Archaeological Trust, who discovered the remains of the Viking city during the Coppergate excavations of 1976-81.

Expert in the language, literature and history of the Viking Age, Dr Matthew Townend, translated the Jorvik script into Old Norse and Anglo Saxon, working alongside a team of students who were able to speak Old Norse and Anglo-Saxon for the voices of the animatronic characters.

Dr Townend said: “Old Norse is the ancestor of all the modern Scandinavian languages, and also exerted a profound influence on the English language, especially in the north of England.

“The University of York is one of a small number of institutions in the UK where Old Norse language and literature are studied intensively, and it’s been really exciting for the students and myself to be able to contribute our expertise to the re-fit of the world-famous JORVIK Viking Centre. We hope very much that our linguistic soundscape will help to take visitors back in time to a fascinating and important period.”

PhD student in the Department of English and Related Literature, Nik Gunn, provided language training for staff at the Centre, allowing them access to the basic principles of the Old Norse language to engage visitors with the way in which the Vikings communicated and the meaning of common phrases.

Nik Gunn said: “Recreating material culture is something that archaeologists and heritage professionals have been doing well for decades, so bringing ‘everyday’ Old Norse, and Old English, back to life was a really interesting challenge.

“Linguistic diversity is such a crucial element of the story of Viking Age England, and hearing the languages that would have been spoken in 10th century York will help to raise awareness of this rich heritage.”

“JORVIK is well known for its sights and smells, however with this new incarnation we are able to additionally expand on the soundscape and in particular the languages spoken.

“In AD960, Jorvik was an ethnically-diverse city with a population of 15,000; so as well as old Norse, visitors will hear animatronics speak Old English, Ancient Arabic, Old Irish and Middle Welsh.”