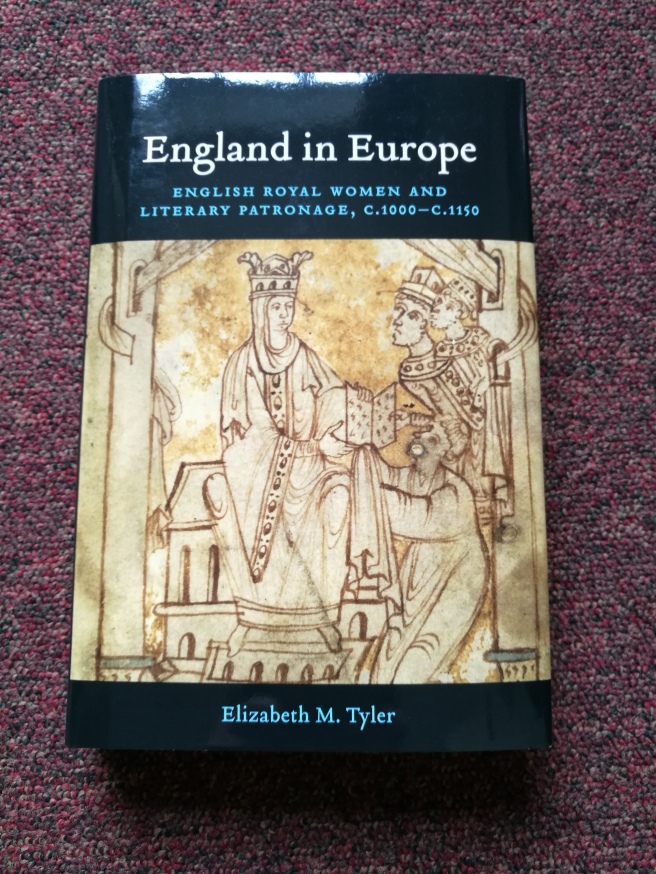 In England in Europe, Elizabeth Tyler focuses on two histories: the Encomium Emmae Reginae, written for Emma the wife of the Æthelred II and Cnut, and The Life of King Edward, written for Edith the wife of Edward the Confessor.

Tyler offers a bold literary and historical analysis of both texts and reveals how the two queens actively engaged in the patronage of history-writing and poetry to exercise their royal authority. Tyler’s innovative combination of attention to intertextuality and regard for social networks emphasizes the role of women at the centre of Anglo-Saxon and Anglo-Norman court literature. In doing so, she argues that both Emma and Edith’s negotiation of conquests and factionalism created powerful models of queenly patronage that were subsequently adopted by individuals such as Queen Margaret of Scotland, Countess Adela of Blois, Queen Edith/Matilda, and Queen Adeliza. England in Europe sheds new lighton the connections between English, French, and Flemish history-writing and poetry and illustrates the key role Anglo-Saxon literary culture played in European literature long after 1066.